Karley + Ryan had the most loved-up Queenstown New Zealand elopement! Complete with their two little bubs, her Mum & Dad and the gorgeous shores of Lake Wanaka! Learning about their love story was so special. It turns out they met on a ski hill in Canada, only an hour away from where I went to university! We bonded over that, and how Queenstown reminded us a bit of Kelowna. It was a gorgeous gloomy day, and we had the lakeshore all to ourselves. It can be tricky having kids at an elopement, but the ducks and rocks kept their son endlessly entertained! Karley and Ryan both wrote the most gorgeous vows to each other, I was fully crying at one point. Love never ceasing to amaze me. These two have achieved so much together, it’s nothing short of incredible.

We had planned to take a helicopter ride up to Roys Peak for their portraits, but we were unsure if the weather would permit. We decided to bide our time & went for burgers! I don’t know about you, but post-elopement burgers are ALWAYS a good idea! Trust me. As we got closer to sunset, we realized that the helicopter ride wasn’t going to happen. Instead, we drove around the Crown Range + found some gorgeous spots off the side of the road. That’s the thing about portraits – you can make magic anywhere if you know what to look for!

We spoke about rescheduling the helicopter ride, but Karley and Ryan decided against it. They said their elopement day was perfect, just the way it was. That’s something I’ll always remember. We made the most of the light we had left, and then we drove back into Queenstown and finished the night with gelato. If there were a dictionary definition of a “perfect elopement” – I think it would be something like Karley and Ryan’s! 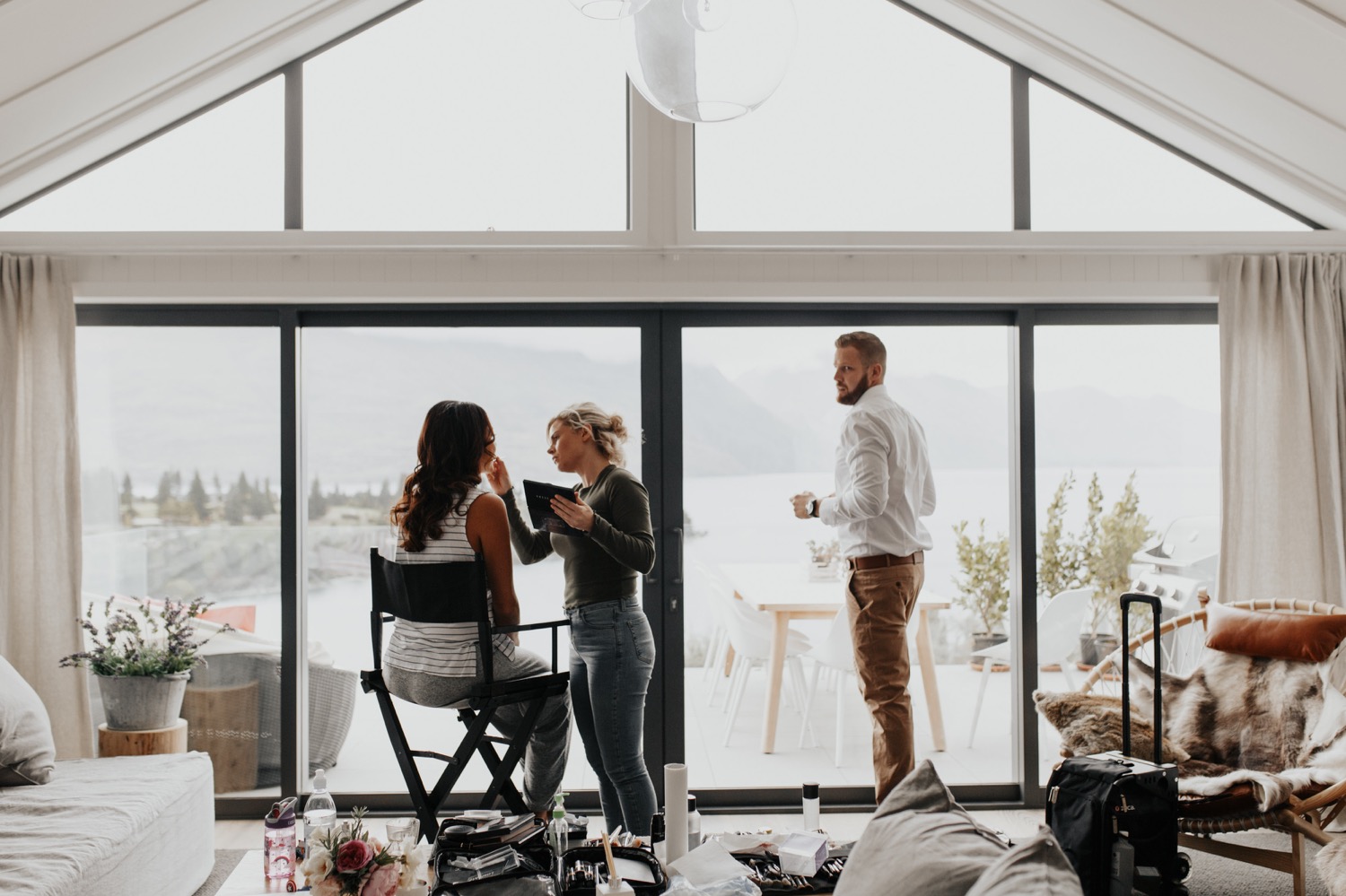